Posted on October 18, 2016, by Cam Knight Published in Uncategorized 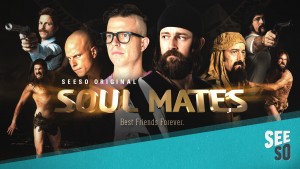 I had the awesome opportunity to work with Christiaan, his brother Conor and Nick in the second series of Soul Mates on the ABC, playing Dan Bingle once again. The whole series is hilarious and beautifully insightful. American fans can catch it on SEESO and Australian legends can PURCHASE IT HERE